Know what’s better than fresh popcorn and good seats? If you are Stevie Spielberg it’s a movie so anticipated that twelve million people watch the trailer in the first twenty fours hours after the release.

Spielberg didn’t direct this Jurrasic movie, but he was the Executive Producer – read that creative control and lots of cash. So the trailer has been long awaited

Again, not talking about the movie but the TRAILER.

In case you’ve been living under a rock and don’t know much about Jurrasic World; think Chris Pratt meets Disney World dino-style.

Kind of a fun view. Watch this:

It’s a good trailer. CNN  raves about it:

Be sure to check out that water show involving what looks to be a basilosaurus leaping out of the water to devour a shark!

Haters gonna hate. Scientists are already pointing out the scientific shortcomings in the movie.

Because apparently we non-nerds were in danger of believing that the movie WAS REAL. And the fact lovers at CNN couldn’t resist and took the scientfic bait:

While the movie might not win any awards for scientific accuracy, the trailer has certainly built up a lot of anticipation for its summer 2015 release — not to mention the fact that we don’t get a good look at that genetically modified dinosaur that terrorizes many in the park. 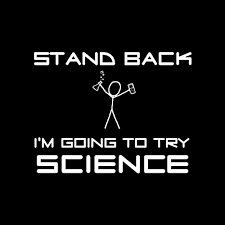 Got it. The dinosaurs in the movie trailer aren’t real.

And then there are the trailer lovers. Millions of ’em. Vox.com sea the trailer greatness comes because the trailer reminds us of Jaws, ET, Alien, Hunger Games and oh yeah, Jurassic Park all rolled into one.

The trailer is the whole movie…drama, emotion, dino-sized surprises and all. After joining the millions of people who’ve already watched the trailer you will feel like you’ve already seen the movie. Kind of flies in the face of what the trailer was supposed to do. Dontcha think?